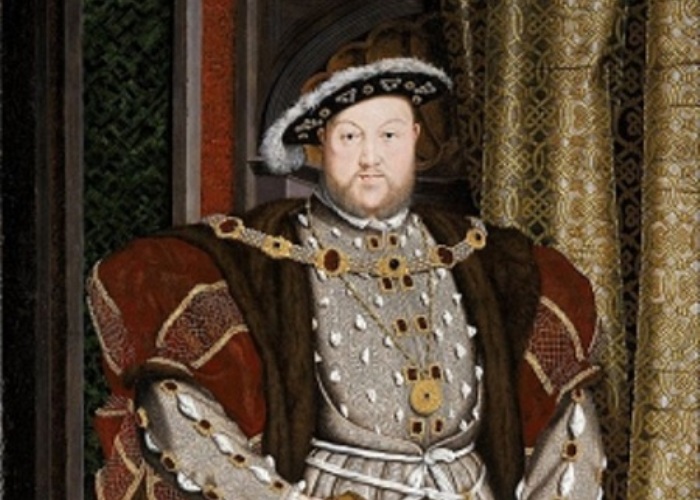 In a text written in the 1530s or 40s Henry VIII was urged to stage annual triumphs as anti-papal propaganda.

One of the examples of good practice which the author mentioned was the yearly celebration at Calais of the English victory at Agincourt. Commemoration of battles is nothing new. But Calais, the last part of the English conquests of the Hundred Years War, was lost within the next twenty years.

“For the victory that God gave to your most valiant predecessor, King Henry the Fifth, with so little a number of his countrymen against so great a multitude of the Frenchmen at the battle of Agincourt, your retinue at your noble town of Calais, and others over there, yearly make a solemn triumph, going in procession, lauding God, shooting guns, with the noise and melody of trumpets and other instruments, to the great rejoicing of your subjects who are aged, the comfort of those who are able, and the encouraging of young children.”

“Ffor the victorye that god gave to your most valiaunt predecessour, king Henry the fifte, with so little a number of his contreie men ayenst so grate a multitude of the frenshemen at the batell of Agyncourte, your retinue at your noble towne of Caleys and others ther over yerely make a solempne tryumphe, goyng in procession, lauding god, shotyng gonnes with the noyse and melodye of trumpettes and other instrumentes, to the great reioysyng of your subiectes beyng aged, the comforte of them that be able men, the encouragyng of yong children.”

Source: The British Library, Cotton, MS. Faustina. C. ii, fols. 15b-18b cited in S. Anglo, ‘An early Tudor programme for plays and other demonstrations against the Pope’, Journal of the Warburg and Courtauld Institutes, 20 (1957), p. 178.

King Henry VIII by Hans Holbein the Younger, Walker Art Gallery, Liverpool, taken from Wikipedia and is in the Public Domain