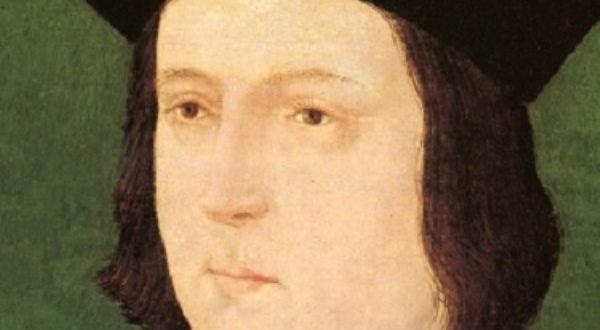 In 1475 King Edward IV visited the site of the battle of Agincourt fought sixty years earlier.

We know this thanks to a letter written by a John Albon to Thomas Palmer, esquire, of Holt in Leicestershire. We even know the exact day Edward and his lords, including the king’s friend and chamberlain William, Lord Hastings, were at the battle site – 27 July. Three days earlier a group of French captains had been at Agincourt. Albon was optimistic that some of them would transfer their allegiance to the English king.

In 1460-1 the Yorkists had overthrown Henry VI, whose father, Henry V, had defeated the French at Agincourt in 1415. With the help of the French king, Louis XI, Henry VI had been put back on the English throne in 1470, forcing Edward IV to take exile in the Low Countries. After his restoration in 1471 (which led to the murder of Henry VI) Edward was keen to renew the war with France. In 1475 he led an army of over 11,000 men, close to the size of Henry V’s expeditionary army in 1415, to France. The letter tells us that Edward was keen to give battle. But this time there was no fight. The French king, mindful of how dangerous battles could be, bought Edward off.

This information came from the Appendix to the Second Report of the Royal Commission on Historical Manuscripts (1871), p. 94.

Portrait of King Edward IV by an unknown artist, circa 1540, The National Portrait Gallery, taken from Wikipedia and is in the Public Domain