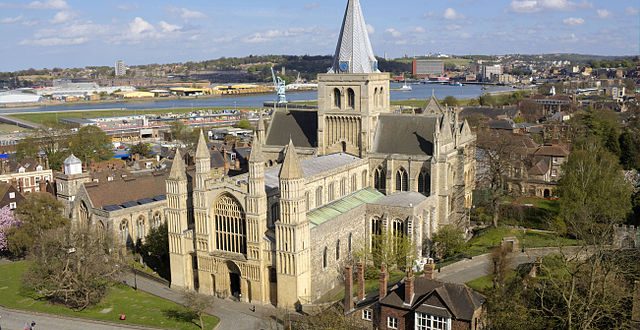 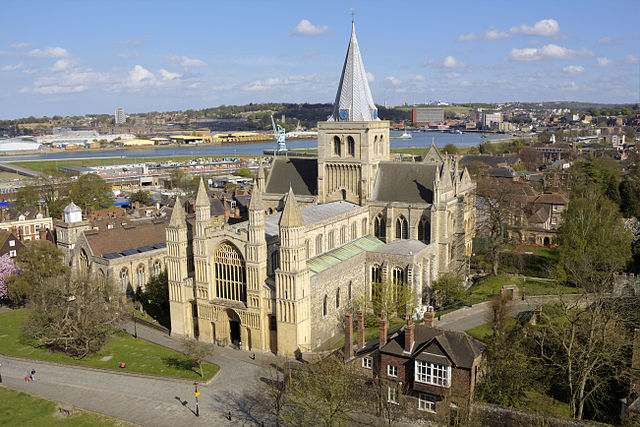 This week saw two grants by the king to men who later served on the Agincourt campaign.

Patronage not only rewarded previous loyal service but encouraged men to try to gain further rewards by pleasing the king. In 1415 many of the retinue leaders for the expedition were in receipt of royal annuities or other grants from the king. On 20 May, Henry Bromley, one of the king’s serjeants of arms, was granted a daily income of 12d for good service and for his wages of office. Two months later, on 13 July, he was involved in the efforts to recruit sailors for the ship Le Cok Jon, which was commissioned to transport soldiers to France.

Bromley also participated in the expedition himself, having indented to serve with four other esquires, John Clynk, Nicholas Horton, John Louthe and William Wolde, who collectively recruited eleven archers for the campaign. After the capture of Harfleur, John Louthe and William Wolde remained in the town as part of the garrison with three archers; whereas Clynk, Bromley, Horton and the remaining eight archers fought at the battle and survived to return to England from Calais with eleven horses.

Three days later, on 23 May, Henry V also made a grant to his relative, Richard Arundel, a king’s knight, of 100 marks a year from the issues of the chancery (a department of government). This was given in lieu of a previous grant to Arundel by Henry IV, of the alien (i.e. foreign owned) priory of Wilmyngton in East Sussex in 1400. The following day, on 24 May, he also surrendered to the king all his rights associated with the castle and lordship of Bamburgh, for which he had previously been constable. For the Agincourt campaign Richard Arundel indented to serve with nine men-at-arms and 30 archers, but unfortunately no information as to his service in France survives. He died on 3 June 1419 and was buried in the Lady Chapel of Rochester Cathedral.

Payments were also given for the construction of bows this week, with the bowyers Stephen Fletcher, Henry Bower and others, paid £6 for their work. A further payment of £3 6s 8d was given to a John Endon to pay for the wages of bowyers recruited to serve on the expedition. It was anticipated, therefore, that further bows would need to be made and repaired after the army had arrived in France.