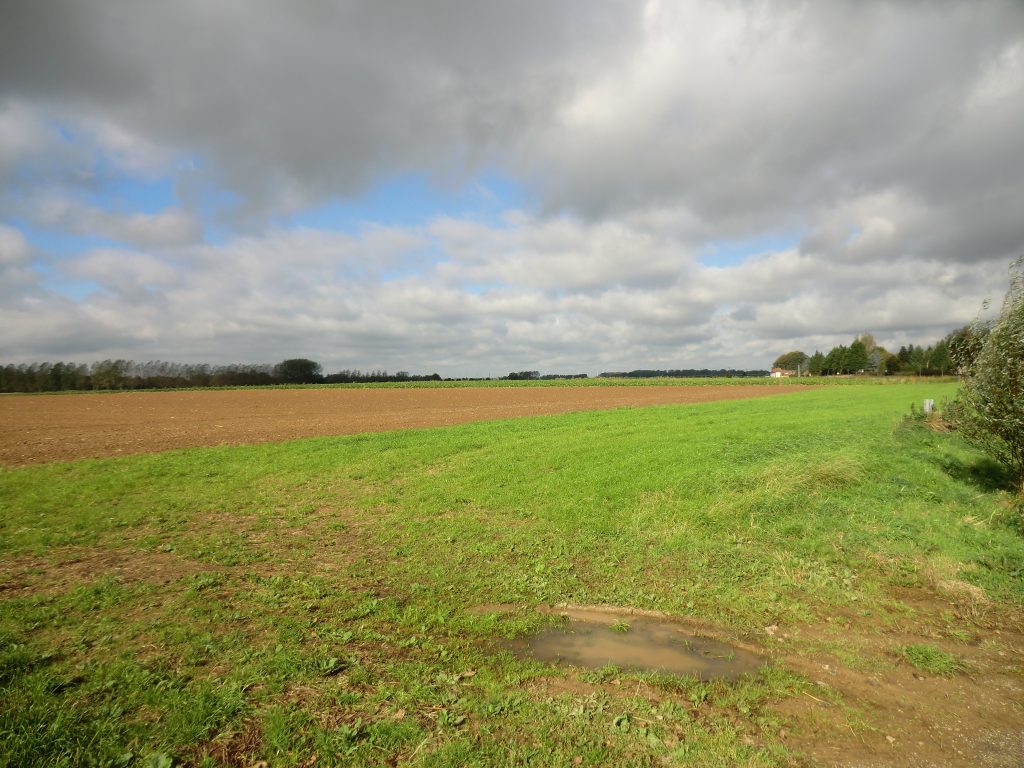 No chronicle tells us that it was raining during the battle but some English and French chronicles comment on heavy rain during the night of 24-25 October.

Three English narrative accounts mention rain. The Gesta Henrici Quinti, an account written by a priest accompanying Henry’s army, tells us that once it was clear the French were not going to give battle as soon as the English had arrived in the area on 24 October, the king moved his men to a hamlet ‘where we had houses, although very few of them, and gardens and orchards in which to rest’. The author follows this with a comment that there was ‘heavy rain almost the whole night through’. Another early work, the Liber Metricus of Thomas Elmham, also speaks of ‘that rainy night’. Writing in the 1440s, John Capgrave reflected the view, perhaps based on his knowledge of the Liber Metricus, that ‘the night was very rainy. The people spent the night in the rain and without food.’

Remaining English accounts do not say anything about rain. Indeed most do not even mention the weather at all (maybe it was not yet an English obsession!). Thomas Walsingham, a monk at St Albans Abbey which had a reputation for historical writing, commented that the English were exhausted by their march, during which it had been difficult to have enough food, and were ‘debilitated from the cold nights’. Whilst he does not mention rain specifically, he does comment that the place of the battle was very muddy.

Since the French had much explaining to do about why they had lost the battle, it is not surprising that rain features more prominently in their accounts. The Religieux of St Denis comments that ‘the French had to bivouac in a terrain of considerable extent, newly worked over and which torrents of rain had flooded and converted into a quagmire’. For Pierre Cochon, ‘as the night had seen much rain the ground was so soft that the men-at-arms sank into it by at least a foot’.

Jean le Fèvre and Jean de Waurin, both present at the battle but writing much later, the exercising of French horses had churned up the ground. ‘If that was not enough almost all night it rained’. Enguerrand de Monstrelet does not mention any rain but like Walsingham says that the English had been tired and troubled by hunger, cold and other discomforts’.

A glance at modern weather records shows that the area of northern France in which Azincourt is located experiences in October low temperatures (av. 11.1 degrees celcius) and relatively high rain fall (64 mm, average 12 days of rain over the month), although statistics for Kent are similar.

Whilst Kent is much drier in the summer, rainfall at Azincourt is still high (av. 63.4 mm in June and 60.4 mm in July). A good impression of the effect this has on visibility is given in the photo of Anne Curry and Dan Spencer trying to film at the battlefield on 13 July 2015!

For the full texts from which the quotations are drawn see A. Curry, The Battle of Agincourt. Sources and Interpretations (Boydell Press, 2000, 2009).Now available as an e-book edition.
Anne Curry

The first image of Azincourt was taken by Peter Hoskins, the second by Stephan Caspar