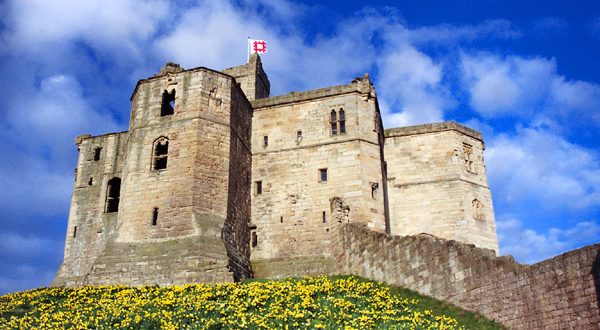 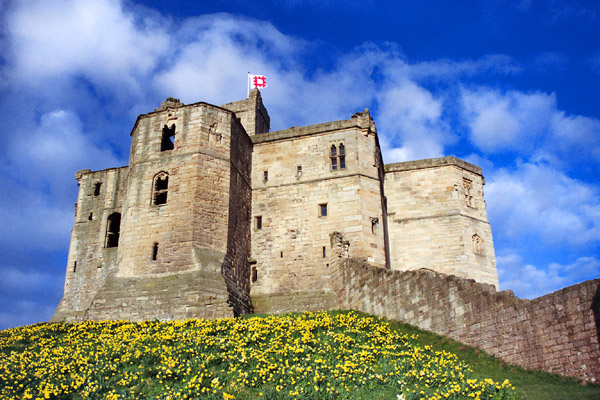 At the time of the 1415 campaign William Tirwhit (Tyrwhitt) was still an esquire. He indented to serve in person as a man-at-arms and with three archers. His indenture survives at TNA E 101/69/4/402. We also have the relevant warrant for issue (TNA E 404/31/388) and the payment of wages for the first quarter of service is recorded in the special issue roll for the campaign (TNA E 101/45/5 m. 8). No muster survives for his company. Since there is no evidence to the contrary, we can assume he was at the battle.

But who was he? His father was Robert Tirwhit (d. 1426) of Kettleby, Lincolnshire, and his mother Alice, daughter of Sir Robert Kelk of Kelk, Yorkshire. William’s first wife, whom he had married by 1410, was also from Yorkshire (Constance, daughter of Sir Anselm de Quentin of Bransburton, Yorks. His second wife was a lady named Cecily about whom we know nothing more.

His father carved out a successful career as a lawyer in royal service and by 1408 was a justice of Kings Bench.

A William Tirwhit served as an archer under Henry Percy, earl of Northumberland, on the northern frontier in the mid 1380s (British Library Cotton Roll XIII.8). Was this our William? We know that he supported the earl’s son, Henry Percy (Hotspur) at the battle of Shrewsbury on 21 July 1403 so an earlier link with the Percies is credible. The Percies had estates in Lincolnshire. But since William Tirwhit did not die until 1451 if he was serving as an archer in the 1380s he must have been only a teenager at that point. That is not impossible: even men of gentry status often began their careers as archers at a young age.

William was pardoned in 1405 for his earlier support of Hotspur, and we find him at Kettleby in the later 1400s. His marriage brought him lands in Thorngumbald (Yorks), but he was soon involved in a violent dispute with one of his new neighbours. In 1411 his father Robert was involved in an attack on William, Lord Roos. This is known through a petition of Lord Roos to the parliament of November 1411 (PROME viii, pp. 519-22). Roos complained about a writ of trespass that Robert Tirwhit had issued against some of his estate officials and tenants, claiming that they had dug up Tirwhit’s own turbary (peat) and cut down trees and shrubs at his manor of Wragby, to a value of £40. The chief justice, William Gascoigne, ordered the contesting parties to appear before him ‘in a peaceful manner’ on 3 October 1411 at Wragby.  Tirwhit turned up with 500 men ‘armed and equipped to make war’. The two men were summoned to appear before the parliament on 27 November. Robert apologised that he had acted ‘through foolishness and ignorance’.

The matter was referred to the archbishop of Canterbury and the royal chamberlain, Lord Grey whose judgement is recorded on the Parliament Roll. The two parties were told to abide by Chief Justice Gascoigne’s decision on the case. Tirwhit was to give Lord Roos two barrels of Gascon wine and bring two fattened oxen and twelve fattened sheep to a special ‘loveday’ (a formal event where they were to make peace). Tirwhit was to apologise to Lord Roos and give him 500 marks. The form of words which Tirwhit was to use were laid down. These included an admission that as a justice ‘he should have behaved more wisely and peacefully than any common man’. Roos would then publicly forgive Robert, but four men of Tirwhit’s retinue, including members of his wife’s Kelk clan, were ordered to come in person to Roos’s castle of Belvoir to acknowledge their offence against him. Robert’s son William was not named as one of them but it is highly likely that he had been one of the armed force which his father had raised in the first place.

William Tirwhit was elected to the parliament of March 1416 as a knight of the shire (the name used in this period for MPs elected by counties) for Lincolnshire. It does not appear that he served in the army raised in the summer to rescue Harfleur, but he was on the campaign of 1417. We find him in the muster roll of army as a man-at-arms with, as in 1415, three archers: William Weste, William Emunde and John Write (TNA E 101/51/2 m. 16). Against his name is the description ‘lance suffic’’ suggesting he had the necessary equipment as a man-at-arms. By this point he seems to be a knight as he is called Sir William Tirwhit but we do not know when he had been made a knight. His company was one of a number which mustered at ‘Wallopforth’ (Middle and Over Wallop, Hampshire) in July 1417.

Also mustered at the same place was Robert, Lord Willoughby and his company, but it is not the case that Tirwhit served within Willoughby’s retinue, despite this suggestion by the editors of his biography in the History of Parliament. That said, William either already had or was to develop a link with Willoughby since he later acted as a trustee for the peer. Willoughby’s main seat was at Eresby in Lincolnshire, quite close to the Tirwhits at Wragby. Willoughby’s will made in 1435 just before he set out for another stint of service in France mentions Sir William Tirwhit giving him promise of an assurance in a bond for which he and two others are bound to William de la Pole, earl of Suffolk (Lincolnshire Archives, 2 ANC3/A/21).

William Tirwhit’s activity in the conquest of Normandy remains elusive but in January 1421 he was appointed captain of Montjoie, St Germain en Laye and Poissy, three important garrisons just to the west of Paris (‘Norman Rolls’, printed in Annual Report of the Deputy Keeper of the Public Records,  42, p. 397). This was the point at which Henry V returned to England for the first time since 1417, and therefore Tirwhit was amongst those the king chose to defend his interests during his absence. This is made all the more obvious by the fact that he was also appointed bailli of Mantes. The bailli was the head of the local administration of the bailliage (roughly equivalent to a sheriff in England).

William’s service in France seems to have come to an end with the death of Henry V. He was not amongst those to whom Henry had given lands in Normandy to and therefore had no long term investment in the duchy. Sir Philip Branche took over the bailliage of Mantes and Tirwhit’s garrisons in November 1422 (Gallia Regia IV, pp. 55-7). He was again elected as a knight of the shire for Lincolnshire for the parliaments of October 1423 and February 1426. From July 1432 he became a JP in Lincolnshire, an office he held until his death, and in 1435-6 was sheriff of Yorkshire.

The editors of the History of Parliament suggest that William remained in the shadow of his father until the latter’s death, but that then, thanks to the shrewd land purchases of Justice Robert, William became a rich man, with 14 manors in Lincolnshire, the manor of Higham in Essex, Brockholes in Northamptonshire, Dowthorpe, Beswick and Grovehill in east Yorkshire, and an inn in London, along with what he had gained through his Yorkshire wife. When an income tax was raised in 1436, his income was estimated at £130 per annum and may have been greater. He was also probably a lender of money to others (that might explain the entry in Willoughby’s will, which was guaranteeing repayment) but also became involved in several property disputes. He was also a generous donor, establishing a hospital at Glanford Bridge in Wrawby, a chantry at Higham and another in Beverley Minster. All were dedicated to Henry VI and his father and mother. It has been suggested that he was a knight of the body to Henry V and VI but this is not substantiated.

For his biography in the History of Parliament see http://www.historyofparliamentonline.org/volume/1386-1421/member/tirwhit-william-1451

Many thanks to Reggie and Charlotte Tyrwhitt for sending in a question: ‘I am undertaking a bit of research about a member of my family, William Tyrwhitt (sometimes spelt  Tyrwhytt, Tirwhit or Tirit), who according to family legend and written references fought at the battle of Agincourt,  together with three archers.  We believe he was knighted shortly after the battle. Our Victorian family tree goes back to 1067. We thought would be interesting to know a little more about our earlier family military history, particularly regarding the Battle of Agincourt in this anniversary year.’