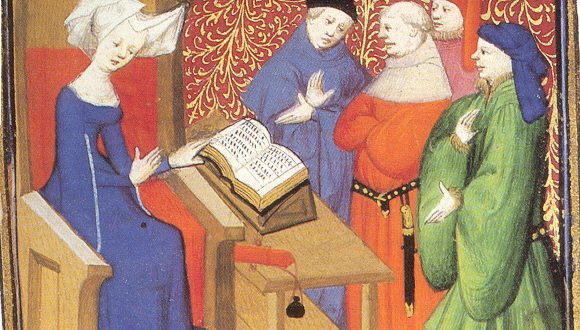 Act 4 scene 7 of Shakespeare’s Henry V begins with the Welsh captain Llewellyn (otherwise known as Fluellen) uttering the famous words ‘Kill the poys and the luggage! ’Tis expressly against the law of arms. ’Tis as arrant a piece of knavery mark you now, as can be offert, in your conscience now, is it not? The English captain Gower replies ’Tis certain. There’s not a boy left alive and the cowardly rascals that ran from the battle ha’done this slaughter’. Besides, they have burned and carried away all that was in the king’s tent, wherefore the king most worthily hath caused every soldier to cut his prisoner’s throat’.

Olivier’s film of 1944 portrays the French setting fire to the camp, culminating in the site of a dead boy. In Kenneth Branagh’s film of the play in 1989 extra poignancy is gained by the king picking up Boy (a character linking back to the king’s erstwhile tavern companions in Falstaff’s company) and carrying him on his shoulder as the post-battle scene plays out.

The fifteenth-century chronicle accounts mention an attack on the baggage but do not associate with it any killings, of boys or of anyone else. The French are described as taking away horses and goods. In some accounts specific items are alleged, including one of Henry’s crowns or a sword which had belonged to King Arthur.  Administrative records confirm that items were indeed taken from the English camp since royal officials were exonerated for their loss.

Only one chronicle account, that of Pierre Fenin, has the raid on the baggage as the reason for Henry’s order to kill the prisoners. All the others explain it as arising out of his being informed that a new French force was approaching. Even Fenin does not mention the killing of anyone in the camp: a couple of local men ‘launched an attack on the baggage of the English making great affray. As a result the English feared that the French would come upon them to do them harm. Thus the English killed many of the prisoners they had’.

Not until Polydore Vergil wrote his Anglica Historia in 1513 was there a suggestion made that in addition to making off with booty the French ‘killed those who had been left to guard the camp’. He does not say they were boys but young men enter the story for the first time thanks to Polydore. ‘When an alarmed messenger brought the news to the king and the clamour was heard of young men (iuvenes) and others who on the arrival of the enemy had taken to their heels and were shouting that the soldiers’ goods were being snatched and carried off in all directions, the king was afraid that the enemy might be gathered together from their scattered flight and renew the battle’, and therefore ordered the killing of the prisoners. Edward Hall was certainly inspired by reading this account and in his own work of 1542 follows the same line, although having ‘lackeys and boys’ running away from the camp and doing the shouting. Holinshed’s chronicle simply copies the wording in Hall.

It was Shakespeare’s own dramatic invention that boys were actually killed (as well as luggage – as Andy Gurr puts it, Llewellyn makes a joke that jolts the word out of its initial shock value’ (Henry V (New Cambridge Shakespeare), p. 177).

But were there boys with the English army? We know from a shipping account for the return from Calais to England of the retinue of the earl of Oxford that most men-at-arms had a page with them (TNA E 101/46/36, m. 3) but how old they were is not certain. There were many menial servants present, especially with the royal household. The term ‘garcon’ appears in the administrative records but we need to be careful here since it was used for low ranking servants generally, not simply young men.

Over 10 per cent of the peers serving in English royal armies from 1369 to 1453 had military service before they were 16. Indeed fourteen peers in this period had their first military experience aged 12 or, in a few cases, even younger. (A.R. Bell, A. Curry, A.King & D. Simpkin, The Soldier in Later Medieval England (OUP, 2013), p. 26) Henry, earl of Somerset was present on the 1415 campaign in the retinue of his step father, the duke of Clarence, despite being just under 14 years old (TNA E 101/45/4 m. 1). Although Clarence was invalided home from Harfleur, Somerset seems to have been present on the whole campaign. A study of the careers of men-at-arms of non-noble birth also suggests it was not uncommon for them to begin their military service as archers in their early teens. William Trywhit, for instance, who was present on the Agincourt campaign and who did not die until 1451, seems first to have seen service as an archer in 1383-5 when he can only have been a young teenager.

The military role of young teenagers is also implied in a clause in a set of military ordinances issued by Henry V later in his reign, ordering that no one should capture a child under 14 years old unless he was the son of a lord, a gentleman or a captain. That said, the French writer Christine de Pisan had commented in her treatise on warfare written around 1408-10 that ‘a child cannot and should not rightfully be imprisoned…for it is evident that the child is innocent and not guilty in anything connected with war’. Even if the child was an orphan and rich in his own right, he should not pay a ransom if he was under age. Unfortunately she did not give any definition of the actual age but she did add that such a law was not well observed at the time. (The Book of Deeds of Arms and of Chivalry, ed. C. Willard, Pennsylvania State Univ Press, 1999, p. 177).

So there could well have been boys present with the English army, both as servants and even potential soldiers. It would not be unreasonable to suppose that they would be left in the camp rather than exposed to the full dangers of what was expected to be a hard and bloody battle. But it took Shakespeare’s imagination to have the killing of boys as the specific impact of the attack on the camp. Even so, the Bard hedged his bets on the reasons for the king’s order to kill the prisoners since a few lines before Llewellyn’s words Henry speaks ‘But hark what new alarm is this same? The French have reinforced their scattered men. Then every soldier kill his prisoners. Give the Word through (Act 4 scene 6, lines 35-8).

Thanks to Eleanor Williams for sending in this question: ‘I am giving a talk to the Newport (Mon.) Welsh Society on the subject of ‘Credwch Mewn Plant’ (‘Believe in Children’) which is the motto of Barnardo’s as I am a trustee of that organisation.  I would like to be able to link this to a brief consideration of the role of boys at Agincourt.  I am thinking specifically of Fluellyn’s announcement that the boys and the luggage have been killed. If you have any details on children at Agincourt, I would be grateful.  I wonder, for instance, whether the discovery that the boys had been killed led, in any way, to Henry’s decision to kill the French prisoners.’

Image of Christine de Pisan, taken from Wikipedia and is in the Public Domain