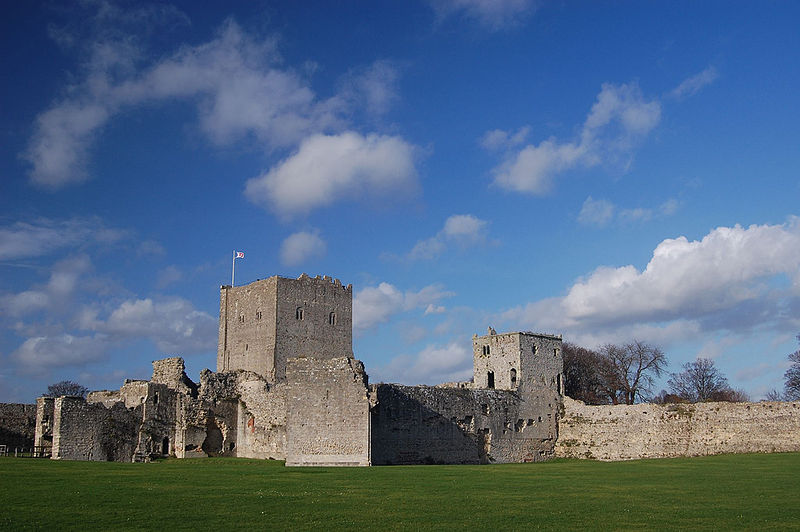 By the beginning of this week the expedition was almost ready to leave for France, with an order for ships to assemble at Southampton issued on 27 July.

The following day Henry sent a final letter to King Charles VI from the castle of Southampton. This contains one of the first known invocations of the law of Deuteronomy: if one prepares to attack a town then one must first offer it peace. But if this is refused, the town can be put the sword. Essentially this was henry’s declaration of war. It was his final demand by Henry for the rights which he believed were due to him as ‘king of France’, a title he held thanks to the claim of his ancestors from Edward III onwards.

On the same day Henry also appointed John Honyngham and Simon Flete to negotiate an alliance with John VI, duke of Brittany. The duchy of Brittany at this time was a semi-independent entity and Henry was keen to ensure that the Bretons did not fight against him. The dukes of Brittany had often been English allies in the past and the king’s step mother, Joan of Navarre, was the widow of the previous duke John V (d. 1399).

The following day (29 July) Henry was at Portchester Castle, where he ordered that the army should be prepared to embark two days later on 1 August. The day before the expedition was due to assemble, however, the king was informed by his cousin, Edmund Mortimer, earl of March of a plot.  The three conspirators, Richard, earl of Cambridge, Henry, Lord Scrope and Sir Thomas Grey, were important men who had all indented to serve on the campaign. According to the confessions they made, the plot was to kill the king and replace him with Mortimer (who had a claim to the throne through the second son of Edward III, but through the female line).

According to the author of the Gesta Henrici Quinti, Henry summoned the conspirators to a meeting at Portchester Castle, where they were then arrested and taken to Southampton to await trial. He also issued instructions to John Mowbray, the Earl Marshal, and a number of other peers and knights to make inquisitions by oath of true and lawful men of the county of Southampton into treasons and conspiracies. The discovery of this plot meant that the expedition could not embark for France on 1 August, instead being delayed for more than a week. Sir Thomas Grey was promptly executed on 2 August, after confessing his guilt, but the other two men, as members of the nobility, demanded and were granted the right to a trial by their peers. This followed in the next week.

On 1 August Henry pledged a collar called ‘Pusan d’Oor’ to the City of London as security for a loan of 10,000 marks which they had granted to him (for more details of this loan click here).

The following day he issued orders to ensure that the north was adequately protected against Scottish attacks. This was because the Auld Alliance between Scotland and France meant that the northern border was vulnerable to Scottish attacks, particularly when the king was overseas. Sheriffs in the northern counties instructed to inform men in their areas to be ready to support the king’s brother, John, duke of Bedford, who had been appointed keeper of the realm.