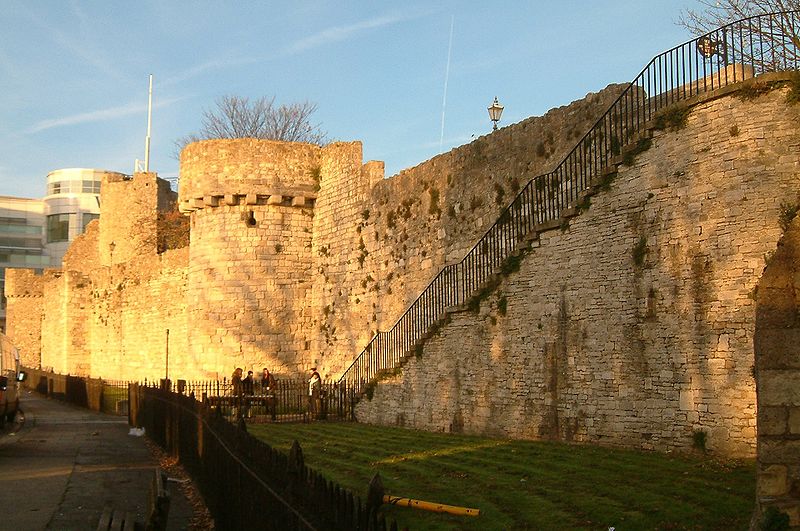 Soldiers were still moving through southern England to join the expedition. On 4 August tension between soldiers and the inhabitants of Salisbury led to violence. The ledger book of Salisbury records that men from Lancashire lodged at Fisherton, led by James Harrington ‘attacked many of the city’s men on Fisherton bridge, driving them off with arrows and swords and killing four of them with arrows’. The bells of the city had been rung to sound the alarm and the citizens held a meeting to consider how to respond to this attack. A later entry in the ledger book records that watchmen were subsequently appointed to be on the lookout for hostile strangers, and the men killed by the Lancashire men were given a funeral at the city’s expense.

Meanwhile the trial of the two remaining plotters, Richard, earl of Cambridge, and Henry, Lord Scrope, was taking place in Southampton. Both men admitted their guilt and were found guilty of the crime. Although Cambridge wrote letters to the king begging forgiveness, they were both beheaded on 5 August.

Two days later, Henry granted a pardon to Edmund Mortimer, earl of March, for any part Mortimer may have played in the plot, as a reward for revealing the details of the plot to him.  On the same day, the king also issued instructions that night watches should be kept in a number of towns in England to ensure that they were adequately guarded during his absence overseas in France. He was worried about any rebellions whilst he was away from the country. He was also keen to test the position of the duke of Burgundy, and on 8 August sent Philip Morgan to the duke for secret negotiations.

The preparations for the expedition were now complete and the process of embarking the soldiers onto the assembled ships could now begin. According to the author of the Gesta Henrici Quinti, Henry boarded his barge at Portchester on 7 August to go aboard his ship the Trinity Royal for departure for France, although grants recorded in the Patent Rolls, such as the appointment of John Rothenale as treasurer in place of Thomas, earl of Arundel, actually suggest that he left the castle at least four days later.