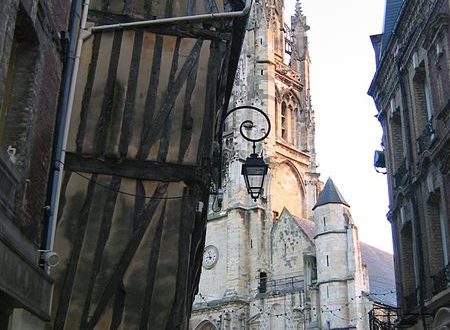 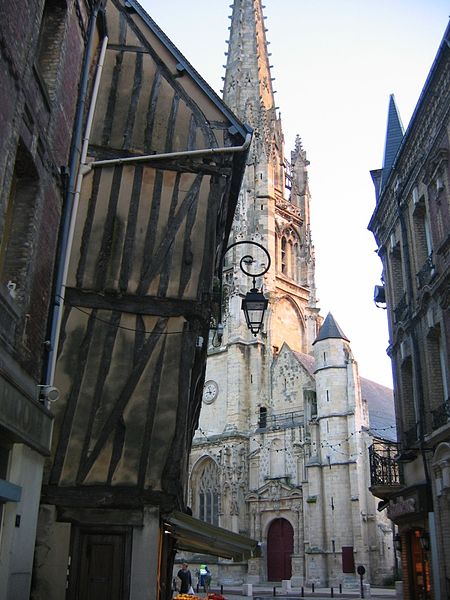 The siege of Harfleur continued this week with the English attackers using a variety of methods against the defenders of the town. This included the digging of mines under the walls, with the intention of collapsing the tunnels, when they were ready, to undermine the defences. These attempts were however frustrated by counter-mines dug by the defenders, which either damaged the English tunnels or attacked the miners whilst still at work. Other measures included filling the ditches surrounding the settlements with bundles of faggot, so that wooden towers and other siege weapons could be brought up against the wall to prepare for an assault.

On 3 September Henry V wrote a letter to be taken to Bordeaux asking for wine and victuals to be sent to him at the siege as soon as possible. On the same day Jean Bordiu, a Gascon priest present in Henry’s siege camp, also wrote to Bordeaux. In his opinion the town would be in the king’s hands within eight days, ‘for now it is well and truly breached on the landward side and on two flanks and everything is destroyed inside’. He anticipated that once Harfleur had been taken the king would not linger in it: ‘he intends to go to Montivilliers, and thence to Dieppe, afterwards to Rouen and then to Paris’. In reality it was to take almost three weeks before Harfleur surrendered, and in the intervening weeks, dysentery hit the English siege camp with devastating results.

Meanwhile back in England, John, duke of Bedford, acting as regent in the absence of his brother, on 1 September, gave instructions to Richard Bokeland, William Cecile and John Swethenham to provide ships for the conveyance of victuals to the army at Harfleur. Two days later Roger Lardener and John Fyshere of Henley were ordered to provide 1,000 quarters of wheat to feed the king’s household. These measures were necessary as large quantities of supplies were necessary to feed the thousands of men and horses present at the siege. It was for this reason that the king also sent a letter to the city of Bordeaux, the chief city of the duchy of Aquitaine, this day, requesting that victuals and wine should be sent to supply the army.

On 2 September Bedford also authorised the repayment of various loans taken out to finance the expedition. This included 700 marks lent by the wealthy London merchant Richard Whittington (a very different figure to the Dick Whittington of legend), £220 from John Butiller, a collector of the customs duty in London, 500 marks from John Norton and Richard Buckland collectors of the subsidy and 1,000 marks by Laurence de Albertis, a merchant of Florence.

On the same day Robert Berell, keeper of Roxburgh Castle (on the border with Scotland) was paid £333 6s 8d for the wages of the garrison. This was one of three castles in the far north of England which had a small permanent garrison (the others being Berwick-upon-Tweed and Carlisle) to protect the border from Scottish attacks. In the absence of the king this region was particularly vulnerable to invasion, hence why it was important to ensure that it was adequately guarded.

Image of the Church of St. Martins, Harfleur, taken from Wikipedia, licensed under the Creative Commons Attribution-Share Alike 3.0 Unported license