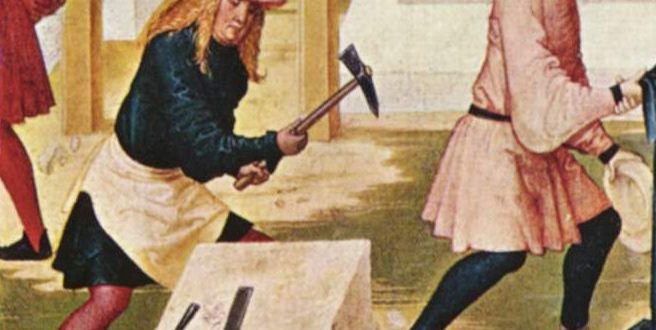 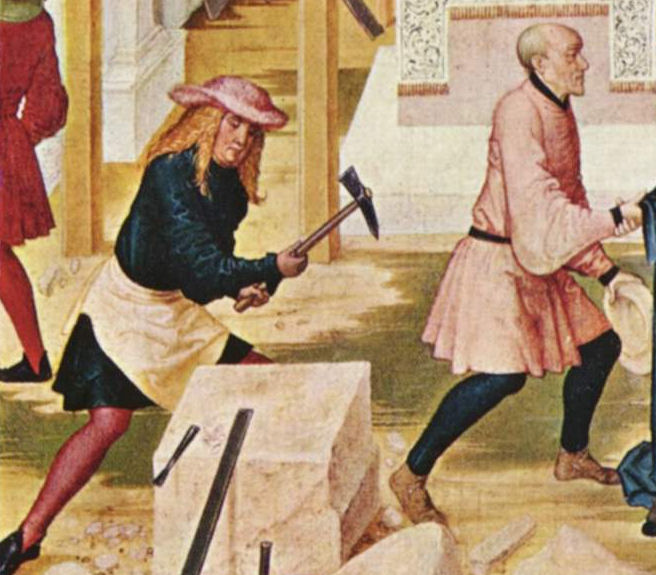 This week saw the installation of a large garrison into Harfleur and preparations for the army to leave the town for the march across France. Having captured Harfleur, Henry needed to ensure that his new conquest was well-defended from French attempts to retake the town. Its isolated location and the damage caused to its defences by the English guns and other engines during the siege meant that it was necessary to install a large garrison for this purpose. Henry therefore had appointed his uncle, Thomas Beaufort, earl of Dorset, as captain of Harfleur, with a force of 300 men-at-arms and 900 archers to hold the town. It was also necessary to spend sizeable sums of money on repairs to the fortifications of the settlement, with masons, carpenters, labourers and French prisoners employed to mend walls, towers, houses and bastions in the following years. These defences were supplemented by the decision to leave the expedition’s artillery, along with the gunners, in the town. Henry also ordered that a proclamation be made in London requesting that the citizens should bring supplies of victuals and weaponry to Harfleur. These measures, along with naval support from England, meant that the garrison were subsequently able to resist a French siege by land and sea in the following year.

The siege had taken a toll on the size of the army, however, with an examination of the post-campaign records and lists of soldiers invalided back to England showing that certain companies were affected particularly badly due to losses during the siege. The king’s cousin, John Mowbray, earl Marshal, indentured to serve in France with a large retinue of 200 men: comprising himself, a bannerette, three knights, 55 men-at-arms and 160 archers. Three of the men-at-arms and one archer died during the siege, whereas Mowbray, along with 12 men-at-arms and 45 archers fell sick and were shipped to Portsmouth. The original retinue therefore was reduced in size by 31% with 138 men later being present at the battle. Smaller companies also suffered from deaths and illnesses, as can be seen with the retinue of Robert Brut, esquire, consisting of himself and two archers, none of whom were later present at the battle of Agincourt, as Brut died at the siege and his two archers were invalided home. Replacements were however sent from England which helped to replenish some of the soldiers who died or fell sick at Harfleur.

The decision was also taken at this time for the army to march overland across northern France to English-held Calais. The latter was a considerable distance away (at least 144 miles), which would require navigating a number of rivers, such as the Somme, whilst travelling through enemy territory. It was therefore a risky decision, fraught with peril, which would expose the army to the risk of French attacks. A number of chronicle accounts state that this course of action was decided as a result of a discussion between Henry and his commanders, with another option, transporting by sea from Harfleur to England, being rejected. The decision to march overland appears to have been adopted due to the greater availability of shipping at Calais (which also had the advantage of a much shorter sea crossing) and to demonstrate Henry’s ability to travel through the lands of his enemies. The English could also potentially rely on support from the numerous garrison of the Pale of Calais; indeed an effort was later made by the latter to assist the passage of the army.

Image of stone masons dating from 1505, taken from Wikipedia and is in the Public Domain