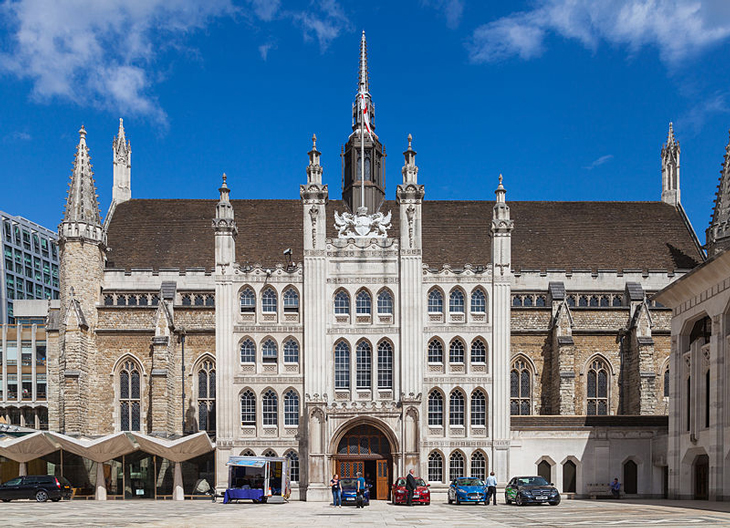 By Sinclair Rogers and Anne Curry

The kings of England were able to ask the Parliamentary Commons for a grant of taxation.

This Henry V did in November 1414 when his plans for a campaign in France were first announced in parliament. The commons agreed the levy of a double tax grant, which was to be collected in two instalments, on 1 February 1415 and 1 February 1416. This put the king in a strong position but it did not give him the ready cash he needed to take an army to France. Troops needed to be paid in advance.

Since an embassy sent to France in early 1415 was ineffective, it was clear by March 1415 that Henry would launch an invasion. What he needed the most was cash. To that end, and following customary practice, he sought loans on the security of the tax grants. This is similar to the way government finance works today! Loans can be raised because it is known there will be taxation income.

The city of London had already shown itself in the past to be a useful provider of loans. But persuasion was needed. Therefore on 10 March1415, Henry summoned the mayor and aldermen, and some of the more substantial citizens of London to the Tower of London to tell them that he intended to reconquer the possessions of the crown in France and that he needed money.

Well-beloved. We do desire that it shall not be concealed from the knowledge of your faithfulness, how that, God our rewarder, we do intend with no small army to visit the parts beyond sea, that so we may duly re-conquer the lands pertaining to the heirship and crown of our realm, and which have been for long, in the times of our predecessors, by enormous wrong withheld. But, seeing that we cannot speedily attain to everything that is necessary in this behalf for the perfecting of our wishes, in order that we may make provision for borrowing a competent sum of money of all the prelates, nobles, lords, cities, boroughs, and substantial men, of our realm, we, knowing that you will be the more ready to incline to our wishes, the more immediately that the purpose of our intention, as aforesaid, redounds to the manifest advantage of the whole realm, have therefore not long since come to the determination to send certain Lords of our Council unto the City aforesaid, to treat with you as to promoting the business before mentioned.

On 14 March 1415, the archbishop of Canterbury, the bishop of Winchester and the king’s youngest brothers, John duke of Bedford and Humphrey duke of Gloucester, and the king’s cousin, the duke of York (who was to be killed at the battle of Agincourt) met the city dignitaries in the Guildhall. A question arose over the order of precedence: the lords agreed that the mayor, as the king’s representative in the city, should sit in the middle (i.e. in the place of the greatest honour), with the archbishop and the bishop on his right hand and the dukes to his left.

This flattery eventually produced the desired effect. By 16 June at least, the city had offered the king a loan of 10,000 marks (£6,666 13s 4d – this is worth almost £2,760,000 today). As security for the loan, on 16 June Richard Courtenay, bishop of Norwich, treasurer of the royal chamber and keeper of the king’s jewels (and one of Henry V’s closest friends), handed over to the mayor and commonalty as security for the loan the following precious item:

one great collar of gold, made of workmanship in crowns and beasts called antelopes, enamelled with white esses (i.e. in the style of the Lancastrian SS collar), and the beasts surcharged with green garnets; the charge being of two pearls, and each beast having one pearl about the neck. And each of the crowns is set with one large balass and nine large pearls; and in the principal crown, which is in front, there are set, in addition to the balass and the pearls, two large diamandes in the summit; and besides the crowns, there are other balasses therein, eight in all, the collar weighing 56 ounces in the whole.

At the time of the meeting the mayor was Thomas Fauconer, Draper, who had been elected on 13 October 1414. He had been sheriff in 1403-4. In 1413 another mercer, Geoffrey Lovy, had been committed to Newgate for cursing and slandering ‘his master, Thomas Fauconer, alderman’. As mayor Fauconer was responsible for a number of public works for the betterment of the city, especially to improve drainage and sewage.

The funds for the loan were collected in the various wards by the aldermen as was customary. However, in December 1415 William Grantham, grocer, Richard Sutton, draper and Henry Anketill, ‘sherman’, were charged before the then mayor and aldermen for falsely accusing Thomas Pyke, alderman of the Ward of Broad Street, of levying a larger sum than was due from them towards the loan to the king. They confessed their guilt and were committed to Newgate for a year and a day. In the event, the custodial sentence was remitted by their entering into a bond for good behaviour.