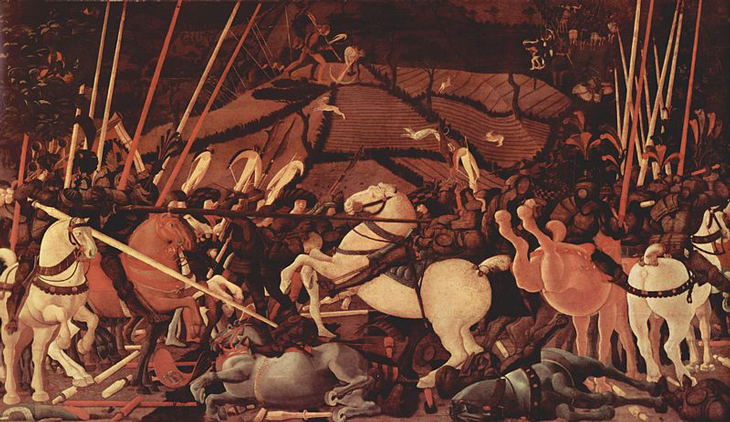 All medieval English kings (including Henry V) had their own stables of horses for the use of their immediate household and themselves.

These horses were looked after by an official called the Master of the King’s Horses, a position which was occupied by John Waterton in 1415. Waterton came from a Lincolnshire gentry family which had strong links to the house of Lancaster. In August 1399 he was sent to Ireland to buy horses for Henry Bolingbroke (the future Henry IV).  In the reign of Henry IV he served as an MP for Surrey in 1402 and as Receiver of the Duchy of Cornwall for Henry, Prince of Wales (later Henry V). After the accession of the latter he was appointed as Constable of Windsor Castle and to various embassies. He was also appointed Master of the King’s Horses on 22 March 1413, a position which he held until October 1416. Waterton indented to serve on the 1415 campaign and received plate as security for his wages. He did not actually participate in the expedition, however, as he was instead sent on an embassy to the King of Aragon.

In Waterton’s absence the king’s horses would be looked after by grooms and lesser household officials. This was an important task as these animals were highly prized and required a great deal of care. An account from the fourteenth century (1352-1354) shows that large quantities of food were required to feed the royal horses. In winter this consisted of half a bushel of oats (32lbs) every day, in addition to three loaves of horse bread. Each horse was also allocated its own groom and they needed shoeing on a regular basis. Evidence for the latter can be seen with the commission given to Stephen Ferrour on 25 May 1415 to take iron and horse nails for shoeing the horses of the king’s stable for the expedition.

Information on the sorts of horses that the king would have had with him on the campaign is available, as the accounts of Waterton survive for the years 1414-1416. The detailed or particulars of account which were submitted to the Exchequer for auditing no longer exist. However a summarised version was enrolled in the Foreign Account Roll (containing accounts which were ‘foreign’ to the sheriff accounts recorded in the Pipe Rolls) for the year 1419-1420, which does survive. This account is written in Latin and records the horses received into the custody of Waterton, those given away as gifts, those that died, as well as the ones remaining in his possession in 1416.

In 1414 Waterton originally had sixty-eight horses in his custody, consisting of five bastard horses, twelve coursers, eighteen trotters, three jennets, twenty-eight palfreys, one mule and one hackney. Over the following two years he also purchased one courser, sixteen trotters, six palfreys and three hackneys. Horses gifted by the Holy Roman Emperor, the King of Aragon, Duke of Holland and many other unnamed knights, esquires and members of the clergy came to two bastard horses, twenty coursers, forty trotters, twenty-nine palfreys and six jennets.  Additional horses were acquired during the Agincourt campaign, including one courser and six trotters which were received from forfeiture from Henry Scrope, who was executed for his role in the Southampton Plot. After the capture of Harfleur, a further three coursers, five trotters, one jennet and one hackney were received as booty.

Eighty horses were recorded as having died during the period 1414 to 1416, in England, Picardy and at the battle of Agincourt, consisting of two bastard horses, eleven coursers, thirty-five trotters, three jennets, twenty-seven palfreys, one hackney and one mule. Other horses and equipment were given away as gifts to the emperor, the king’s brothers, Lord Grey and to various knights and esquires. Despite the death of some of his horses and others given away as gifts, Waterton still had ninety-eight left in his custody in 1416.

Picture is of the battle of San Romano, taken from Wikipedia, sourced from the Yorck Project and is in the Public Domain