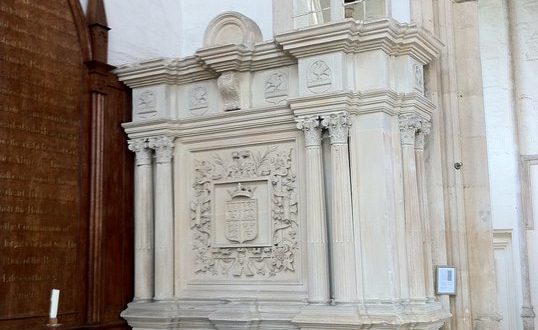 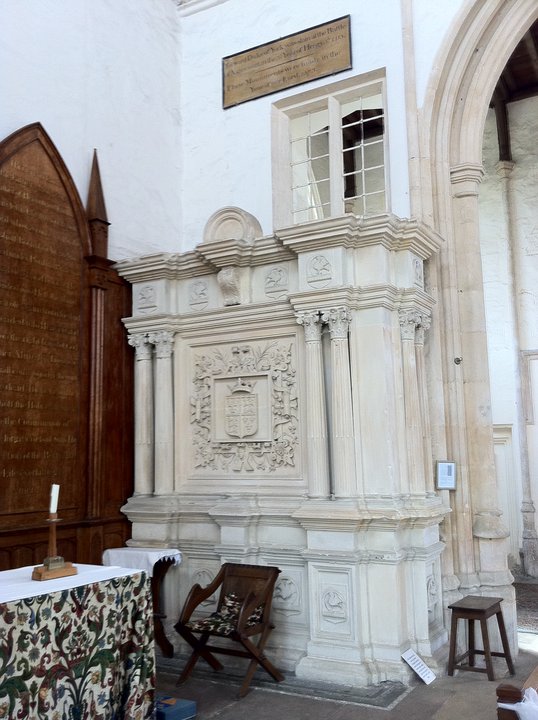 The siege of Harfleur began this week with the English attempting to encircle the town so that the inhabitants would be unable to bring in supplies or reinforcements. Harfleur was a large settlement with perhaps as many as 5,000 inhabitants, enclosed by a circuit of stone walls and towers, together with water defences, which allowed the defenders to flood the land to the west of the town. Capturing the place was clearly no easy task, which is one of the reasons why Henry, according to the author of the Gesta Henrici Quinti, called upon the inhabitants to surrender, citing the law of Deuteronomy, namely that the people of the town could be legitimately put to the sword if they did not yield to him due to his hereditary rights to the duchy of Normandy. Despite these dire threats the defenders refused to surrender so the English began to prepare for a formal siege. Henry at this time also issued some disciplinary ordinances to control the behaviour of his army, which included clauses such as forbidding attacks on churches or women.

The English began by surrounding the town, with part of the army commanded by the king’s brother, Thomas, duke of Clarence, being sent to the eastern part of the defences. Measures were then taken to draw up artillery, both guns and mechanical engines, up against the walls of Harfleur.  These siege weapons needed to be close to the settlement to be effective which meant that they were vulnerable to the missile fire of the defenders, therefore trenches were dug by the English and large wooden screens called mantlets were constructed by carpenters, to provide some protection. Once these measures had been completed it would then be possible to bombard the town, so as to persuade the inhabitants to surrender or to sufficiently weaken the defences to allow the English to capture it by storm.

The French were not idle in their preparations to resist the English invaders. According to the Gesta, the day after the siege began, a company of 300 men-at-arms led by Raoul de Gaucourt were able to enter the town from the east on 18 August, before the land route was cut off. The inhabitants were also able to draw upon an urban arsenal, including guns and crossbows, with the gates of the town (the most vulnerable parts of the defences) protected by outworks called ‘bulwarks’ in English. These were specialised artillery fortifications constructed out of wood and earth, designed for the use of missile weapons. The inhabitants and garrison therefore had good reasons to resist the English demands to surrender, in the expectation that they could hold out long enough to be relieved by a French army, which would defeat the invaders.

They had sent a message to Charles, Sire d’Albert, Constable of France, at Rouen, by 23 August, advising him that they had been cut off by land and asked for a galley to be sent to them with supplies. D’Albert also sent Sir Robert de Hellande, bailli of Rouen, to the court at Paris to inform Charles VI, King of France, of the English invasion. At the same time companies of soldiers had been assembling in Normandy for the purpose of resisting the invaders.

Meanwhile, earlier in this week, on 17 August, Edward, duke of York, made his will whilst at the siege, where he described himself as ‘of all sinners the most wretched and guilty’ and specified that he wished to be buried at Fotheringay in Northamptonshire. As one of the leading peers of the realm and a relative of the king, he commanded a large retinue during the campaign, having indented to serve with one bannerette, four knights, ninety-four men-at-arms and 300 archers. York was the most profile English casualty at the battle of Agincourt and was later buried at Fotheringay, although the present memorial dates from the reign of Elizabeth I.

Other events also took place in England this week, with John, duke of Bedford, serving as regent in his brother’s absence, ordered that the proclamation of the truce with John VI, duke of Brittany, in the ports of Dartmouth, Plymouth and Exeter in Devon on 20 August. Two days later, the mayor and aldermen of London sent a letter to the king informing him of the conviction of John Cleydone, a Lollard, who was executed for relapsing into heresy. Lollards were religious dissidents who challenged the teachings of the Church and had attempted to overthrow Henry in the winter of 1413. Henry was therefore keen to ensure that Lollards should be discovered and punished in his kingdom.

Image of the memorial to Edward duke of York, Church of St Mary and All Saints, Fotheringhay, Northamptonshire taken from Wikipedia, licensed under the Creative Commons Attribution-Share Alike 3.0 Unported license, author Andrewrabbott