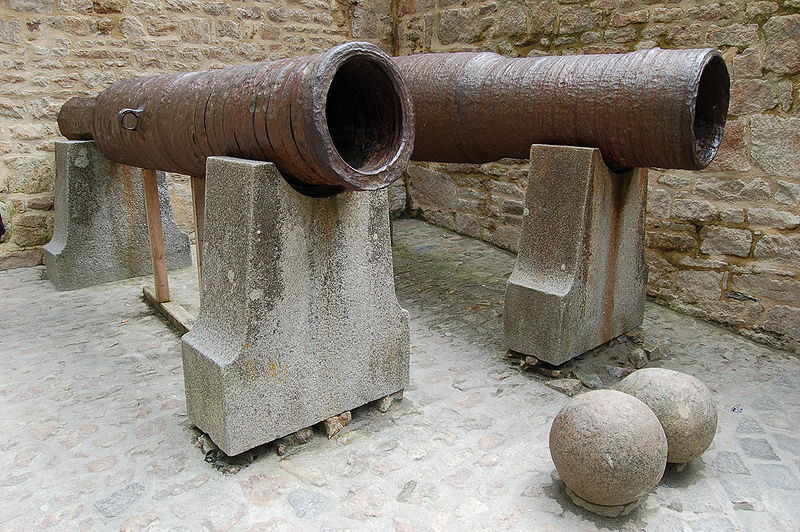 The course of the siege reached a critical stage this week, with a number of English assaults launched on the town, which led to negotiations for its surrender.  In the preceding few weeks the besiegers had made efforts to fill the ditches surrounding Harfleur so that weapons and scaling ladders could be brought up against the walls.  The defenders sought to counter these efforts, with a sortie launched by the garrison on 15 September, which succeeded in setting fire to an English siege bastion.  It was soon after this event occurred that the English were finally able to take control of the bastions (otherwise known as bulwarks) outside the main gate of the town.

According to the author of the Gesta Henrici Quinti, the French attempted to drive away the English attackers outside the barbican, but the latter, under the command of John Holland, earl of Huntingdon, were able to obtain the upper-hand in the fighting.  The victorious English were then able to set fire to the barbican using flammable arrows, which eventually allowed them to take control of the fortification, forcing the defenders to flee into the town.  On the following day an attempt to persuade the defenders to surrender was rejected, which led Henry to order that the trumpets should be sounded throughout the army to prepare for an attack and for his guns to bombard the defences heavily so as ‘to prevent them from sleeping and so make them easier to defeat on the morrow’.

A full-scale assault on the town did not take place, however, with the author of the Gesta stating that God ‘struck terror into our enemies, who were quite broken in spirit at the loss of the barbican…sorely troubled by the scourge of the stones and almost despairing of being rescued by the French’.  He also stated that they were frightened of the prospect of the settlement being taken by storm, as the law of Deuteronomy permitted the inhabitants being put to the sword if they refused to surrender on terms.  This led to negotiations. On 18 September the townspeople came to a treaty of composition that they would surrender at 1 pm on Sunday 22 September if Charles VI or the Dauphin, being informed of the treaty, did not come to their aid. The text of the treaty does not survive but we know from Henry’s letter to the city of London on 22 September that the sire de Hacqueville had carried the message to the Dauphin at Vernon. No French army came and the town surrendered on 22 September as arranged.

Image of guns taken from Wikipedia and is in the Public Domain, author Greenshed