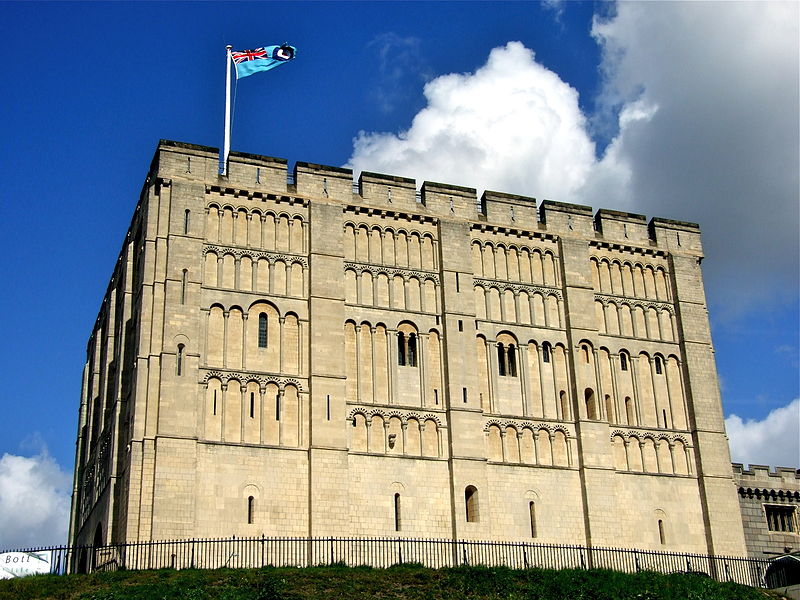 News of the battle would have been eagerly awaited across England. Thousands of men from all across the country were serving with the king and concern would have been felt for their wellbeing. Large sums of money had been procured by taxation for the raising of the expedition, with many of the major towns as well as individuals having contributed loans for the war effort; they therefore had a financial stake in the success of the venture.

Henry V was therefore keen to report on his successes. On 22 September, the day of the surrender of Harfleur, he sent a letter in Anglo-Norman to the Corporation of the City of London describing how his army had laid siege to and captured the town of Harfleur. He explained that due to the efforts of ‘our faithful lieges’ and the ‘strength and position of our cannon’, the ‘people who were within the town made great urgency to have divers parleys with us’. Despite this, Henry wished to order an attack on 18 September, but the inhabitants terrified by this agreed to negotiate a surrender which was accepted so as to ‘avoid the effusion of human blood’ on 18 September (for a full transcript of this letter click here).

News of the activities of the army could travel easily to England by ship from Harfleur, but once the decision had been made to march overland to Calais this became more difficult. The dispatch of messengers would have been a risky undertaking once the army had moved into enemy territory. It therefore appears that limited information reached England for much of rest of the campaign, with rumours no doubt rife as to the safety of the king and the expeditionary force.

On Friday 25 October 1415 a ‘lamentable report, replete with sadness, and cause for endless sorrow, had alarmed the community throughout all the City’. This was a rumour, recorded in the official Letter-Books of the city of London, that the movements of the king and his army ‘lay shrouded in mystery’. After which the citizens were ‘ardently athirst, in expectation to hear some encouraging news of the success of the royal expedition’. Fortunately, however, news of the battle reached London four days later on the morning of the 29 of October. According to the Chronicle of London (written in the late fifteenth century), this information arrived whilst the population were still asleep in their beds. The citizens of London then went to all of the churches in the city and rang all of their bells in celebration exclaiming the hymn ‘Te Deum laudamus’ (God, we praise you). For more details about these events click here.

It is possible that this news was conveyed by a messenger of the king. The treasurer’s accounts for the city of Norwich include a payment to a William Custans ‘for carrying a letter from the Lord King to the city when the war in France was ended’. Custans was ordered by the mayor to be paid the sizeable sum of £2, which suggests that the city was grateful to receive this news, as it is likely to have exceeded his expenses in reaching the city. The records of the city also include a payment of £1 to ‘a messenger of the Earl of Dorset carrying a letter from Harfleur as far as Norwich’. Dorset had been appointed captain by Henry V at the surrender of Harfleur and had remained to defend the place and so had not been present at the battle of Agincourt.

William Custans was recorded as being a yeoman of the crown on 1 October 1413, but is not found in the surviving muster rolls for the campaign. We cannot be sure, therefore, that he served on the campaign. He may have been tasked by the king with bearing the letter to Norwich after Henry had arrived back in England on 16 November 1415. Or perhaps he had brought the message from Henry whilst the latter was at Calais (which the king had reached by 29 October, four days after the battle of Agincourt).