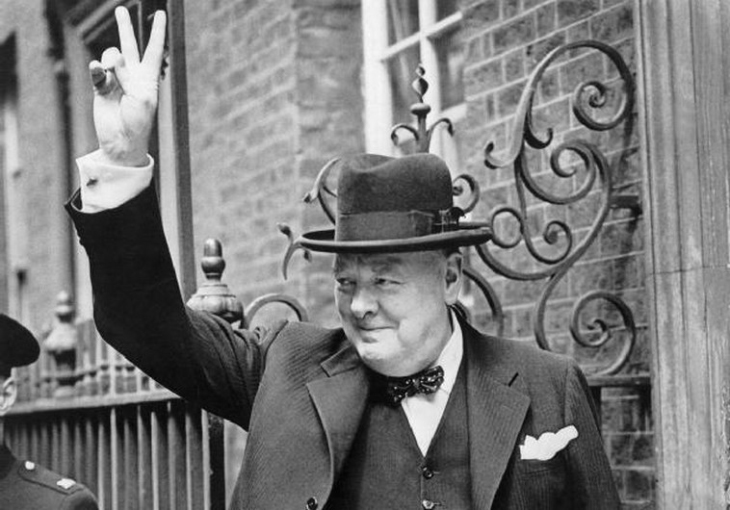 In a nutshell, no! This idea is a twentieth-century myth although so far it has proved impossible to find where and when a link to Agincourt was first suggested.

The myth is that the French had threatened to cut off the index and middle fingers of any archers they captured. But since the English won, the archers then stuck up these two fingers to show they still had them.

Two fifteenth-century narratives mention mutilation. In a chronicle written by Thomas Walsingham, a monk of St Albans, ‘the French published that they wished no-one to be spared except certain named lords and the king himself. They announced that the rest would be killed or have their limbs horribly mutilated. Because of this our men were much excited to rage and took heart, encouraging one another against the event.’

In chronicles written by the Burgundians Jean le Fèvre and Jean de Waurin they invent a battle speech for Henry in which the king is reported to have said ‘that the French had boasted that if any English archers were captured they would cut off the three fingers of their right hand so that neither man or horse would ever again by killed by their arrow fire’.

None of these texts says that the victorious archers stuck up their fingers after the battle. Nor is there evidence that archers taken prisoner ever had their fingers cut off, despite the scenes in Bernard Cornwell’s novel, Azincourt, of what happened to English archers at the attack on Soissons in 1414.

Mutilation was used as a military punishment in English armies in this period. In disciplinary ordinances issued in 1385, which were used again for the campaign of 1415, foot archers who cried ‘to horse’ without good cause or who went out foraging without permission might have their right ear cut off as punishment. If servants or pages started quarrels in the host, they might have their left ear cut off. But commanders were hardly likely to have punishment which would damage the fighting capability of their men. By contrast, military ordinances were tough on prostitutes. In set of military ordinances issued by Henry V at some point in his reign, prostitutes were ordered not to come within a mile of the army or to be within garrisons. If they violated this order a second time, they were to have their left arm broken.

Photograph of Winston Churchill famously making the v-sign for victory in 1943, taken from Wikipedia and is in the Public Domain